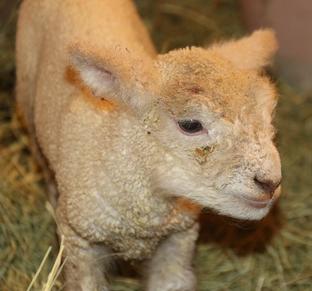 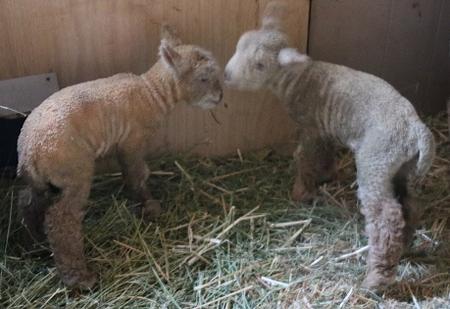 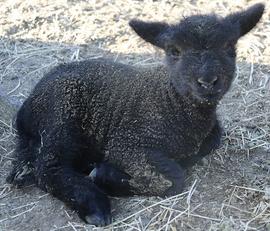 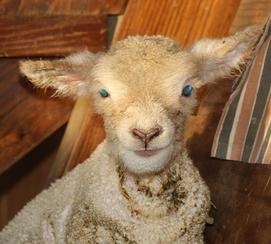 This little Bella is the sweetest, most cuddly lamb in the barnyard.  A bit smaller than average (her dam's a yearling) she's been content to nestle comfortably in my arms without protest longer than any of my other lambs.  Perhaps this is so because I wrapped her in a towel in the chill of twilight to bring her into the barn on her first day of life.  Her warmth had then been as comforting to me as I expect that mine was to her.  Scooter, on the other hand, is thrice as likely to stomp her foot defiantly when I approach her lamb as Dorothy was with Coco. Only those two do that.  But this gentle lamb moves with a light touch.

In the fall of 2015 I purchased the six bred ewes and promised ram lamb that established Rockstair Farm.  This not entirely spontaneous decision changed my life completely, it would now appear, so much for the better.  After 2016 lambing the flock consisted of eight ewes, three stud rams, and a wether going into the 2017 lambing season.  These eight ewes were then 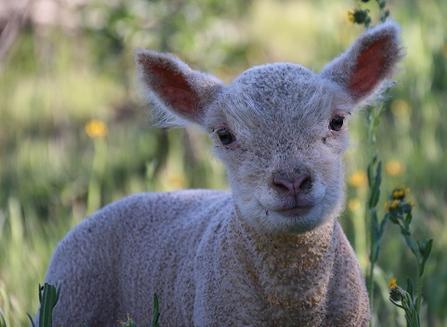 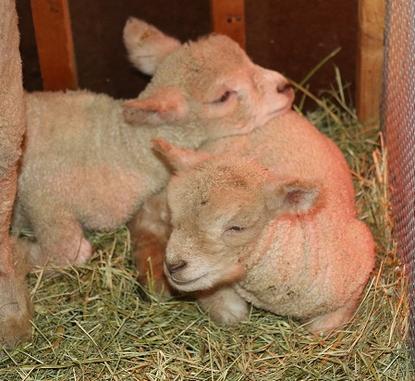 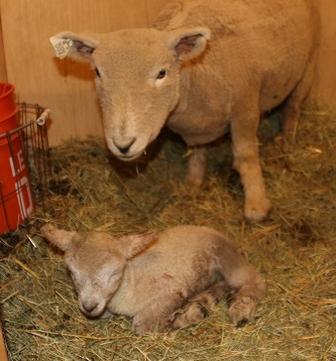 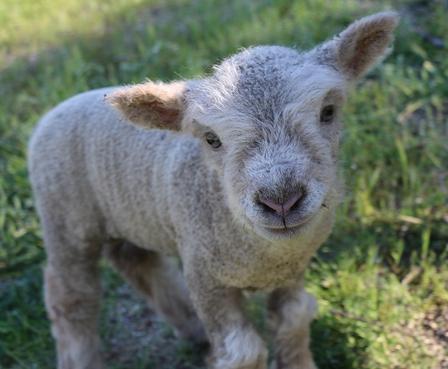 NOTE: Unsold lamb's names appearing below are only suggested.  Buyers are welcome to choose their lamb's name prior to NABSSAR registration. 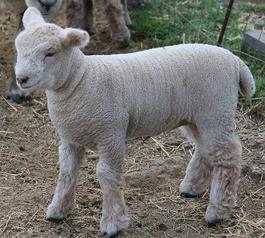 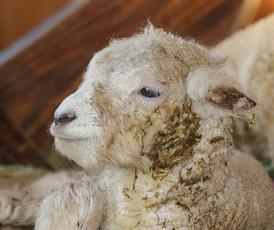 Daffy the yearling with her newborn lamb. 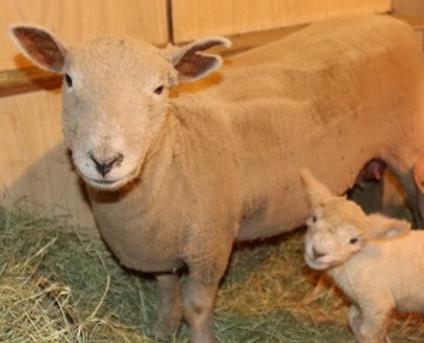 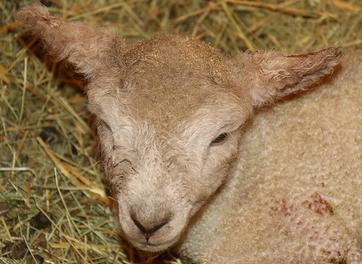 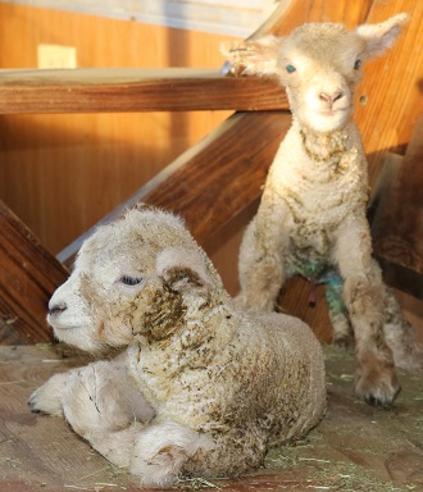 paired with the three adolescent rams in the most genetically advantageous ways, pairing three ewes each with Mario and Tuxedo, and two with Little John (the ram lamb promised at the time of the sale) since he was younger and smaller than they were.

Yet a week before I mixed the fertile ram lambs with their ewes, Mario escaped his pen and caught Dorothy, who was to be paired with Tuxedo.  The encounter was very brief---not more than five seconds---before I had Mario on the run and finally tackled him.  But the birth of Coco a week before the computed due date makes it clear that Mario stole one of Tuxedo's intended ladyfriends.  And since Daffy put up such a fuss when I put her in with Tuxedo (who courted her very aggressively), I pulled her out of his pen the next day and put her in Little John's pen with her mama, Dahlia, where she was much happier.  Thus poor Tuxedo got cheated (as did I) when each of the other rams stole one of his girls, so his only lamb this year is Bessi.  But she is such a beauty, and look at all these lambs the others gave us!

All eight ewes lambed this year!  And Joan and Dahlia each twinned, giving us actually 10 for 8, which makes us now a flock of 21 sheep with five new ewe lambs (after one loss) nearly doubling our fall 2017 breeding potential to 14 ewes!

UPDATE 8-12-17: Three of our ewe lambs were sold today, leaving only ewe lambs Bessi and Lucy in a flock of 18.