Our firstborn lamb, a real gentleman and quite a handsome lad. Our dominant ram who knows he's the boss. All the cookies that fall to the ground are his, and he'll swing his head aggressively against any ram who doesn't know that. 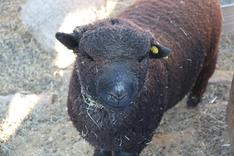 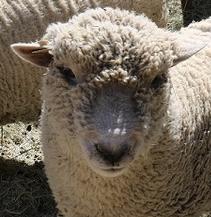 Our wether buddy, a friendly and well-behaved  companion to ewes and rams alike. As an odd one out he occasionally seeks the company of Michelle, our lone guard donkey, or just keeps to himself.  My gentlest ram, he's also loudest. 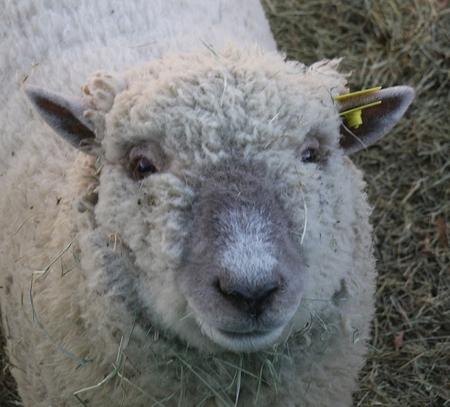 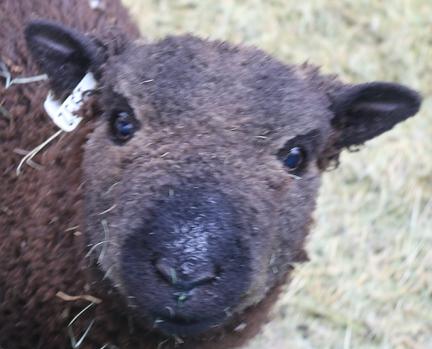 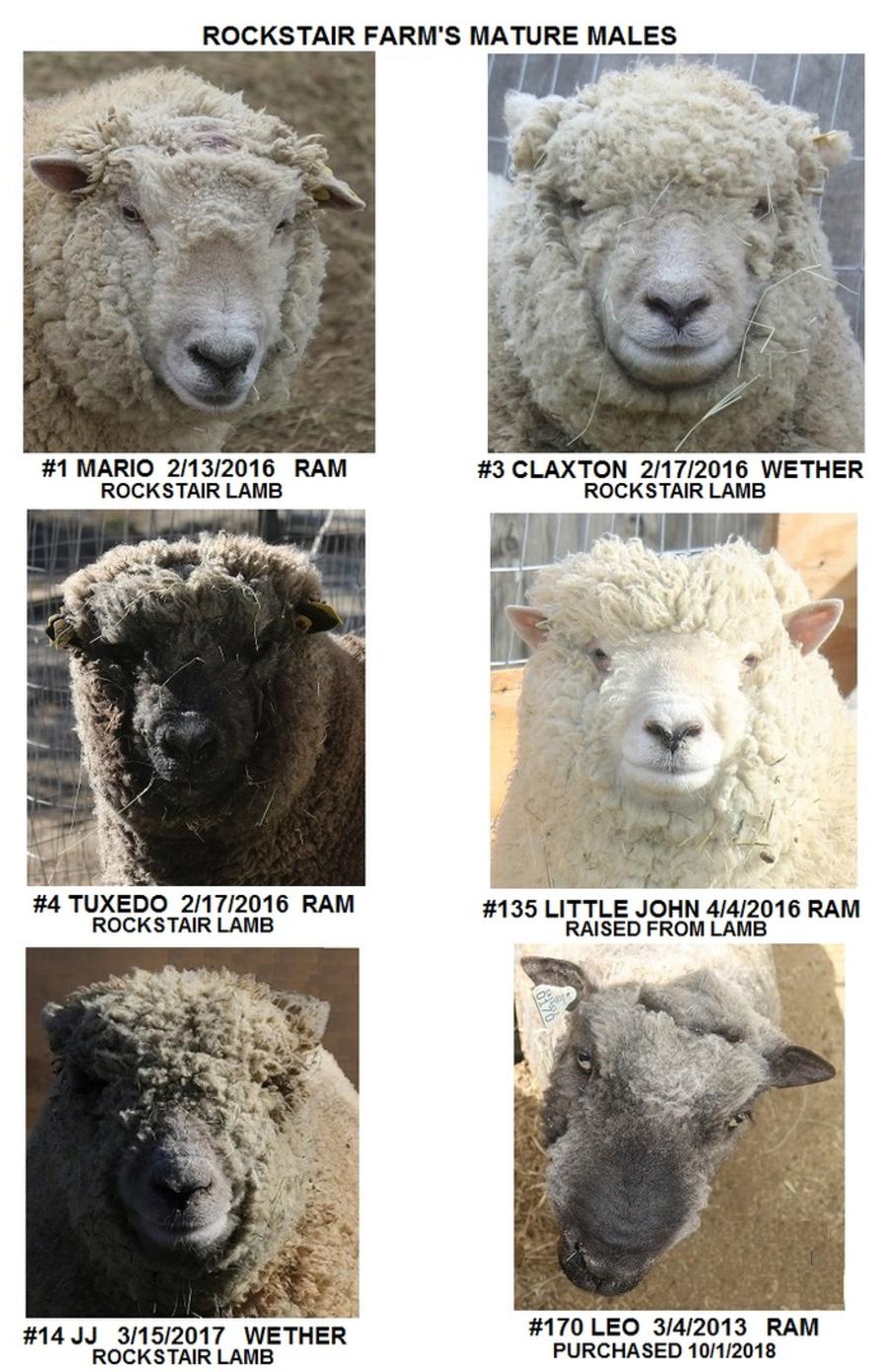 Our black ram is the most aggressive toward humans (don't turn your back on him), although he defers to Mario within the flock. UPDATE: That was posted over a year ago. See the UPDATE to the right. 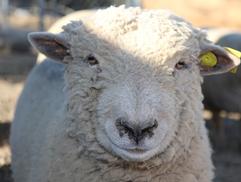 Now my biggest.ram, he's a real sweetheart who's confident, smart, and affectionate.  Although he has occasionally fiercely challenged Mario, he generally prefers not to.  Whenever Mario is being petted, he comes over and wants it, too. He's very trusting, letting me pick hay from around his eyes without flinching or moving.

UPDATE: Tuxedo has mellowed, becoming quite affectionate and restraining his urge to ram me. After he thumped me hard one day last year I chased him around the pen screaming till we were both winded, and I whacked him good. Immediately I got nose-to-nose and petted him gently while cooing with a soft voice. He's been a good boy since and loves to be petted, bowing down and pressing the top of his head softly against my leg to let me know he's learned his lesson. Still, I keep an eye on him. 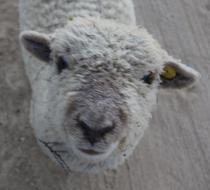